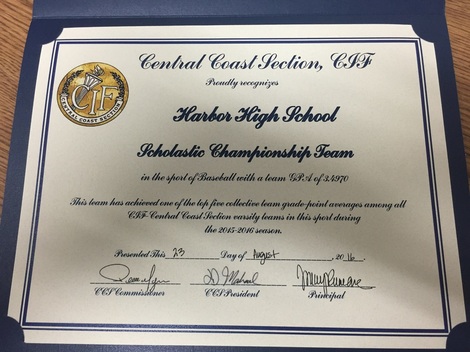 3/20/15
Pirates in the news:
Occidental sophomore pitcher Riley James started the year on the right track, going undefeated in his first six starts on the mound this season.
The Harbor High alumnus went 4-0 with a 2.14 ERA and 19 strikeouts, and he credits most of his success to his teammates handling their business at the plate as well as behind him on defense. “Our offense was able to hit, and we were able to play defense to get the wins in those games,” he said. James recently picked up his first loss, 6-5, to Rutgers-Newark on Saturday. He pitched seven innings and gave up five runs — four earned — on seven hits. He also gave up three walks to go along with eight strikeouts.

Occidental jumped out to a 2-0 lead in the first inning, but then James gave up a total of five runs in the following two. “Really, I just left the ball up,” he said. “I was rushing a little bit with my front side and just ended up getting hit.” James said it’s just one of those games you want to forget and move on to the next opponent. “Just go at the next game with the same intensity and the same goal, just to put my team in a spot to win the game and compete,” he said. Occidental (13-7) is midway through its season and, at 9-3 in the Southern California Intercollegiate Athletic Conference, is eyeing a postseason run. James said he thinks the team is in great shape but added that the conference is full of power hitters and it will take the entire pitching staff to come together to finish out strong, especially limiting walks. “Letting a run get on base for free is never a good thing,” he said. “Whether it’s walks, errors, hit-by-pitch, you just got to make them earn their way on.”

Lucas Hewitt, Cabrillo sophomore infielder (Harbor) >> Went 1-for-3 with two runs scored in a 4-2 win against De Anza on Tuesday. Hewitt is batting .286 (20-for-70) with 11 runs scored, nine RBIs and six stolen bases for the Seahawks this season

﻿2/7/15
High School Baseball: Delays in field renovation force Pirates to Harvey West Park﻿
SANTA CRUZ >> Harbor High’s baseball team is scheduled to play its home opener in a little more than three weeks, but, odds are, delays in its massive field renovation will force the team to host “home” preseason games off campus at Harvey West Park. Construction on the Pirates’ new, synthetic-turf field project — estimated at roughly $1 million — began in August, a month later than planned, thanks in part to turnover in the Santa Cruz City Schools district office. A week-long storm in early December added to the delay. “The plan was to have it ready by Jan. 15 or Feb. 1,” Harbor principal Dick Davis said, “but with construction, you add money and add time. I’m not happy it’s not ready, but we understand the reality of it. We’re looking at it as a long-range investment for the community. When it’s done, it’s going to be an asset for the entire baseball community.”

Tryouts for the team take place Monday at Harbor, but the Pirates will practice at Branciforte Middle School in Santa Cruz until their field is ready. The Pirates have seven nonleague home games slated prior to the start of Santa Cruz Coast Athletic League play, including their season opener against Monterey on Feb. 25. The start of SCCAL play on March 27 is the new target date for the inaugural game on their new field. “It’s fully funded and ready to go,” said Pirates coach Joseph Allegri, addressing speculation about why the field currently looks more like a BMX pump track than a baseball diamond with the start of the season so near. Harbor’s baseball players fundraised roughly $500,000 for the project. That total was matched by the school district. Verde Design out of Santa Clara, which counts Santa Clara University’s Schott Stadium among its completed projects, handled designs for Harbor’s new facility and CRW Industries out of Scotts Valley is handling construction. Santa Cruz’s Earth Works also donated time to help the project by removing the old surface. Allegri said an unforeseen drainage issue near home plate also created a delay.

Bill Burr, owner of CRW Industries, said multiple drainage issues have been addressed and are in the process of being remedied. After that, 800 tons of crushed granite will be spread across the field and the synthetic surface installed. Curbing needs to be added around the field and the outfield cyclone fence erected. The field will feature a brick backstop and dirt at the pitcher’s mound, home plate and warning tracks to maintain the old-school feel. “When it’s done, it’ll be the premier field in Santa Cruz,” said Burr, who, like Allegri, is a Santa Cruz High alum. Allegri and his players can’t wait. The coach said his players are asking him daily, it seems, for updates. “I’m stoked,” said Jacob Weichmann, a junior shortstop and right-handed pitcher. “I can’t wait til it’s done. It’s always ‘another week.’ I’m hoping it’s ready for league.”

The turf, supplied by Sprinturf, will be considerably faster — and bounce more true — than the natural grass Harbor previously played on. “We used to have a gnarly lip at third base,” said Chris Garcia, a former infielder who now handles pitching and catching for the Pirates. “The ball would pop up in my face. This field will have pure hops, no surprise bounces. And it’ll be fast.” Unlike the waiting process.“It will be done,” said Garcia, a senior. “I’m excited, honored and privileged to be the first on this field, the first of its kind in Santa Cruz. I want to score the first run, get the first hit or first out, so I can have that for myself.”

Davis said the baseball field is one of many athletic projects the school is eyeing. He said upgrades to its softball field, track and main field, which is used for football, soccer and lacrosse in addition to physical education classes, are the next priorities. “We’re one of the few campuses that doesn’t have first-rate facilities,” Davis said, “and everyone’s aware of it.”

Santa Cruz Sentinel >> ﻿Harbor High School's baseball field has come a long way since its first opened in 1969. "(Back then) it was a field you did not want to play on because you would take your own life into your own hands," said Fred Heitz, joking that the field wasn't fit to play baseball on. Heitz, a history teacher at the school, was a player on one of the early Harbor teams.

While the field has grown and been remodeled several times in the 45 years since, it's is slated to get a makeover with artificial turf replacing the grass and dirt. For the last 18 months, the baseball team worked to raise funds for the refurbished field, eventually raising more than $450,000 in donations and grants. All of it will go toward the construction and maintenance of the field.

On Friday, Harbor High officials gathered before a baseball game to symbolically break ground for the new field. It wouldn't have been feasible to begin construction with three weeks left in the baseball season, said Joseph Allegri, varsity baseball coach at Harbor and one of the people who spearheaded the project. Construction is set to begin in June and last up to three months. The entire field will be covered in synthetic material except for the mound and the warning track, which will still be dirt and clay.

It will be a vast improvement over the current field, Allegri said. The current field floods easily and doesn't drain well, making it difficult to use for games in the early part of the season when it rains more frequently, Allegri said. While the new field comes with a hefty price tag, it'll save the school money, Allegri said. He added that the new field need not be watered nor will it require mowing. "It's definitely a good investment for the district in the long term," Allegri said. Allegri credits the efforts of the high school's alumni and members of the community for new field. Principal Dick Davis echoed the sentiment. "You need a committed school, a committed coach and you certainly need a committed community that responds," he said. "This community has responded to the needs of Harbor."

Catcher Chris Garcia, 17, has played baseball on the field since he was a freshman. Now a junior, he admitted to being somewhat sad to see the dirt and grass go away since the team put so much effort into maintaining it. "Trimming the edges, putting dirt in, making sure it looks nice and pretty for game day," he said. But he concedes it had its problems. "When it rains, the outfield gets pretty muddy," he said. "I'm not an outfielder but I really don't like my outfielders playing in those muddy conditions." Garcia expects to play on the varsity team as a senior and looks forward to the new field, expressing confidence in it's durability. "It's going to be good with the turf because we can play in all types of weather: snowing, raining, sunshine, everything," he said, with a smile. But he paused to correct himself. "Well not really snow."
Proudly powered by Weebly